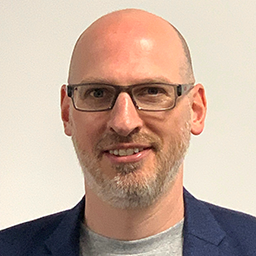 Have your say on basis period reform

HMRC has opened a consultation on basis period reform  which asks for views on how best to implement a proposal to simplify the rules under which profits of an unincorporated trading business are allocated to tax years using basis periods.

This consultation outlines the current rules for basis periods, sets out a specific proposal to simplify them and suggests transitional rules for moving to the new system. The aim is to simplify the system before Making Tax Digital for Income Tax becomes mandatory in April 2023.

The reform would mean businesses with a period of account that did not end between 31st March and 5th April would have to make an apportionment to identify the profit or loss arising in a tax year.

There would be transitional rules for the 7% of sole-traders and 33% of partnerships who do not currently draw up their accounts to 31st March or 5th April each year.

We are fully supportive of any measures designed to simplify the tax system. Unfortunately, these proposals seem to create as many problems as they solve.

In the consultation, HMRC acknowledges that any business with an accounting period ending after 30th September will be unlikely to have the accounts finalised in time to meet the 31st January filing deadline. It cannot be an improvement to the system to have so many additional tax returns filed with provisional figures and subsequently amended.

The consultation also suggests that a business’s choice of accounting date would no longer have any impact on its taxation, and so would gain greater flexibility in drawing up their accounts for the period that suited them commercially. It would seem that the opposite is true. The most popular financial year end other than 5th April is 31st December. Many businesses will now have to consider moving their commercial preference of a calendar year end to one that allows them sufficient time to file their tax return. That could not be less of a commercial decision.

There are a number of possible alternatives within the consultation which HMRC is seeking opinion on but it is perhaps disappointing that simply removing the creation of overlapping periods in the early years is not one of them. It is not the current year basis of taxation that adds complexity, it is the creation of overlap profits through HMRC insisting on a 12 month period of profit being taxed in the first full tax year.

The consultation will run for 6 weeks from 20th July 2021 to 31st August 2021 and we would strongly encourage you to submit a response either directly or via your professional body.

We would welcome your thoughts and opinions in the comments below.

Read the consultation and respond on or before 31 August 2021

Learn what MTD means for you in our guide.

I have yet to be convinced that MTD for income tax & particularly the requirement for quarterly reporting by the self-employed and landlords, has actually anything to do with income tax. MTD for income tax, in the manner that is proposed, will not benefit taxpayers and it certainly will not benefit tax professionals from a workload perspective and I am at a loss to understand what HMRC intends to do with the information once received. I really would like to know. The workload of tax professionals will increase very significantly, as will the level of their fees and for what; so that HMRC can receive details of these two income sources quarterly. As matters currently stand, HMRC struggles, as it is, to deal with anything in a reasonable time frame, so I cannot see that it will have a staffing capability to do anything with the quarterly reported data, once received. Moreover, to expect the information to be submitted within one month of each quarter end data, is propostrous. HMRC will still have to wait until 31 January following the tax year end, for details of a taxpayer's other income and tax will still be payable on 31 January and 31 July. Yet , on the back of MTD for income tax, we are now being invited to comment on a proposal to introduce basis period reform. Again, I wonder why this is even being considered. To my mind, it is glaringly obvious why it is being considered, namely to simply accommodate the MTD process of quarterly reporting. None of this makes any sense from an income tax perspective. It does not simplify anything. On the contrary, it makes income tax compliance unnecessarily cumbersome, very repetative and extremely time consuming. Whoever dreamed up the idea of MTD for income tax, in the manner in which it is to be implimented, clearly has no understanding of the huge problems it will create for tax professionals and taxpayers alike. In order to get tax professionals and taxpayers onside, I think it is high time that HMRC comes clean as to why it considers quarterly reporting of these two income sources fundamentally necessary from an income tax perspective.

Indeed, and the mandating of digitised record keeping for micro businesses and landlords serves no useful purpose (other than software sales). The proposals being aired for many practitioners to look closely at early retirement plans, or to finesse client lists to the exclusion of those for whom MTD is to be imposed are not idle ones. The only sensible route is for the starting point o be the VAT registration limit, with those who require to have book-keeping systems suitable for quarterly VAT submissions well placed to cope without a raft of additional compliance costs. For others the adviser-client relationship is at huge risk; costs can only increase; angst does not have a value, for either tax practitioner or taxi driver. Just why? Against that basic background the matter of basis periods, for micro businesses turning over £25k-£50k are pretty irrelevant, many of whom have been on a Keep It Simple strategy. However the loss of a year's grace for those with a 31 March year end, against previous guidance, will rankle widely.
Comments are subject to house rules