Are tax-free EVs a no brainer for company car drivers?

The growing range of zero emissions vehicles presents a real opportunity to cut expenses, but there are drawbacks to consider.

With few models to choose from and a frustrating ownership experience, the first wave of electric vehicles (EVs) was a tough sell. But heading into 2020, things are changing.

Company car tax is not only based on CO2 emissions, but also electric driving range. Prior rules stipulated that cars with an electric driving range of 130 miles and above would fall into the 2% car tax band, but these rules were recently scrapped. Pure electric vehicles—those without a tailpipe—will now benefit from an even lower 0% tax rate between 2020-2021. The following two years will see rates rise to 1% and 2% in 2021-22 and 2022-2023 respectively.

The downside for many people considering an electric vehicle will be driving range, which varies anywhere from 160 miles to 350 miles on a single charge

According to the Society of Motor Manufacturers and Traders (SMMT), EV registrations rose 144% year-on-year last year. These pure electric cars may hold a modest share of the market—just 1.6% as things stand—but recent amendments to company car taxation should see that figure rise considerably in coming years.

What is an electric car? 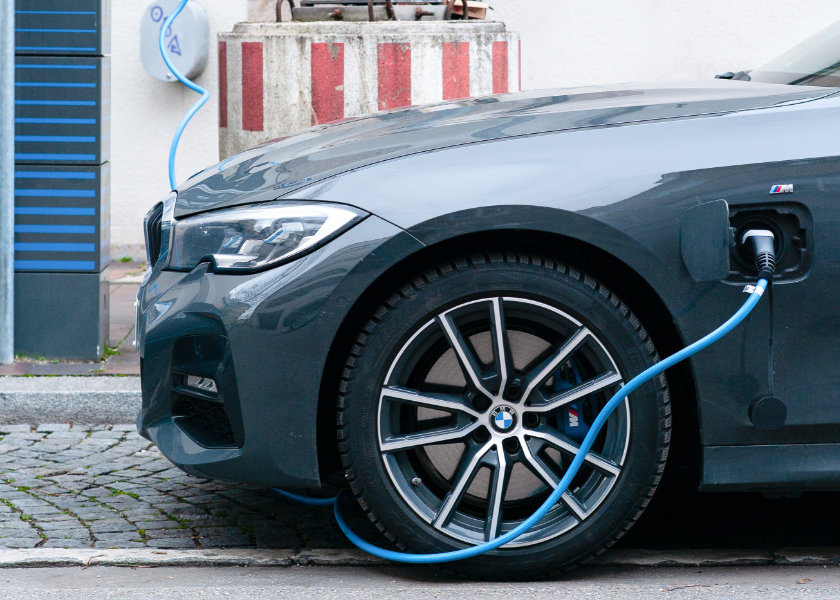 Calculating company car tax can be a fairly convoluted process, but it ultimately comes down to CO2 emissions. This is why the growing range of ‘zero emissions’ vehicles presents such an attractive option for both employee and employer.

Employers can ensure that year-on-year NIC contributions are kept to a minimum by opting for models with the lowest possible emissions. This is why plug-in vehicles—and BEVs in particular—pose the greatest benefits to both parties

PHEVs typically have a petrol engine no larger than 2.0-litres, with an additional battery providing anywhere between 20 and 40 miles of pure electric range. Expect to recharge the battery at home daily, and fill up at the pump occasionally. The driving experience is largely the same as a normal car, but can prove uneconomical if the battery is allowed to run flat; PHEVs only realise the benefits if they are charged up with strict regularity, otherwise you risk simply running a heavy car with a petrol engine.

The BEV has no combustion engine, and runs purely on electricity. There is no tail pipe, and no emissions. Because of this, it is significantly cleaner than a PHEV on the road, and is rewarded as such when it comes to company car tax. The downside for some will be driving range, which varies anywhere from 160 miles to 350 miles on a single charge. Installing a dedicated home charging station is recommended to avoid ‘range anxiety’—the fear of losing charge mid-journey.

As of Feb 20, there is a government grant up to £3,500 on new low-emissions (government approved) vehicles

Models worth investigating today include the compact Renault Zoe, Peugeot e-208 and e-2008, Nissan Leaf and Hyundai Ioniq Electric. The Volkswagen e-Golf is a comfortable and attractive car, but real-world range of around 140 miles is not up to scratch—the upcoming ID.3 hatchback is due mid-2020. Larger models include the Kia e-Niro, Hyundai Kona Electric and MG ZS EV. At the top end of the market are the Tesla Model 3, Jaguar I-PACE and Audi e-tron, the latter of which retails for more than £80,000 in top trim.

In addition, more than 20 all-electric models are slated to hit UK showrooms this year, which means more consumers may finally find a model of comparable size and price to their existing petrol or diesel car. While there are many benefits to consider, the decision to go electric should not be made on a whim.

A BEV essentially has one gear, but is no different to drive than a traditional automatic car. There are two pedals—one to stop, and one to go—and a drive selector placed by the handbrake. On the go, driving is near-silent aside from a slight whir from the electric motor. This is great for relaxed driving, but extra caution should be taken around pedestrians and cyclists who are unlikely to hear the vehicle approaching.

BEVs are quite powerful from a standstill and many suffer from unintended wheel spin, even in the dry. Maximum torque is available instantly, and acceleration from a dead stop verges on neck snapping even in entry-level models. The lowly Renault Zoe has been known to beat a Volkswagen Golf GTD at a set of traffic lights.

Perhaps most importantly, BEVs are at their most efficient at low speeds and during town driving. This is boosted by the fact that the energy created during braking is sent back into the battery. Some trips can in fact ‘add’ electric driving range as a result. By comparison, motorway driving can zap energy twice as fast, even when travelling at a set 70mph. Stated driving ranges—even those certified by third-party regulators—should be taken with a hefty pinch of salt. Those with a longer commute should bear this in mind. 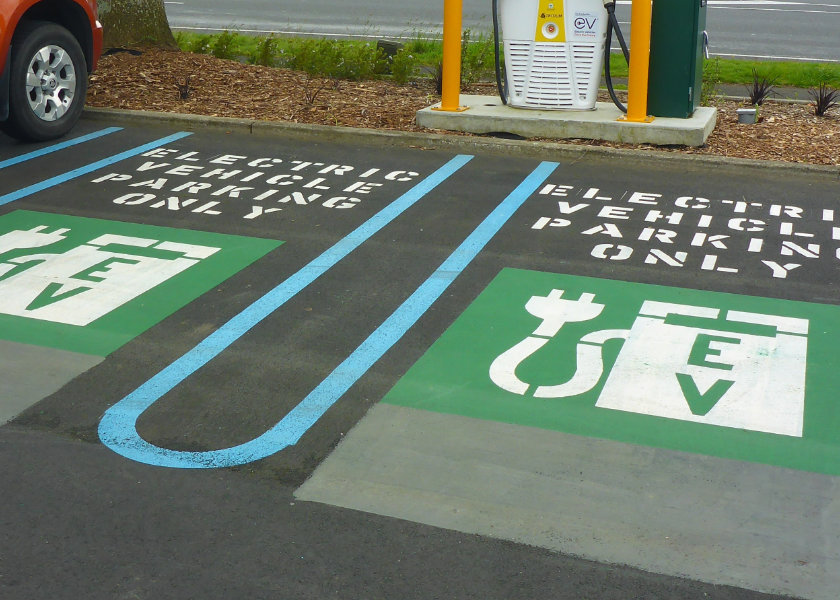 Having said that, BEVs do not necessarily need to be plugged in daily. This will depend on daily driving distance and living situation. Those with no private parking will struggle to feel the economic benefit of owning an EV; you will be forced to either use the 3-pin plug and dangle cables across the street—if they reach—or pay for public charging. This can be expensive at around £15 a go in some cases.

For individuals, the government gives £500 toward the cost of a home charger

Thankfully, the government’s ULEV grant will also put £500 toward the price of a domestic wall charger—essentially the same as a public charging station but mounted on the outside of your house. The same reduction per charging point is available for businesses through the Workplace Charging Scheme (WCS), but is capped at £10,000.

It is strongly advised to install a charging point either at home or at work. This allows drivers to charge up at the most convenient time and place, and make use of the cheapest off-peak electricity rates going. There are many brands to choose from; BP, EDF Energy and Pod Point all offer affordable solutions. Andersen home chargers are double the price, but are more discrete.

Charging speeds vary, and there are many terms to wrap your head around. A 3-pin plug—which uses the same socket as your kettle or toaster—might take 24 hours to fully charge the car, whereas a fast charger might take in the region of seven hours. A rapid charger can provide a full charge in less than an hour, depending on the power rating of the vehicle and charging station in question.

It is advisable to calculate how long it takes to charge from 20% to 80% rather than a full charge. The final 20% typically takes longer to complete, and the car will never be driven to 0% charge anyway. Range anxiety—the fear of losing charge before your destination—will kick in way before that is allowed to happen.

What is benefit in kind, and how does it affect me?

Benefit-in-Kind (BIK) is the amount of money a company, or employer, needs to pay in tax based on the CO2 output of the vehicle. In short: the higher the CO2, the higher the tax.

For example, the 2019 Honda HR-V Sport has a CO2 output of 139g/km, which places the SUV in the 31% BIK tax band. Diesel cars that are not RDE2 compliant also require a 4% supplement as part of a government clampdown on dirtier models. If that HR-V Sport was fitted with a diesel engine, for example, its BIK rate would be 35%. BIK is capped up to a maximum rate of 37%.

The final payment requires some calculation, and is based on the employee’s annual salary; those in the 20% income tax bracket will need to pay 20% of the taxable portion of the car's P11D value. The same goes for those in the 40% tax bracket. To work this out, the P11D of the car is multiplied by the BIK band—in the case of the HR-V Sport it would be multiplied by 31—reflecting its 31% BIK tax band. That number is then divided by 12 (for the full year). Calculate 20% and 40% of that number to get the final figures.

BIK can be a frustrating beast; company car tax rates change frequently, and there are various automotive trends that can impact the final figures. The rise of plug-in vehicles has perhaps brought about the most dramatic changes, and the 0% tax band is a big deal for anyone considering a change from the norm.

Benefits for both sides

Importantly, there are both employer’s costs and employee’s costs related to a company car. These vary slightly between businesses registered in Scotland and England.

Employers also need to take into account total running costs per cycle—the length of time the vehicle is used for, which typically spans 24 months/20,000 miles. Key elements are fuel, servicing, maintenance and repairs, as well as depreciation and residual value at the end of the term. Clearly, BEVs will incur significantly lower running costs, with fewer complex parts to go wrong and cheap electricity bills.

For employers, Class 1A NIC, being based on the benefit value, will be nil for electric cars (or cars with 0-50mg of emissions) in 2020/21

Employers must also pay Class 1A National Insurance Contributions (NIC) on work benefits provided to employees, be it an electronic device or indeed a company car. These contributions are paid separately to other NI payments. Employers can ensure that year-on-year NIC contributions are kept to a minimum by opting for models with the lowest possible emissions.

This is why plug-in vehicles—and BEVs in particular—pose the greatest benefits to both parties. However, careful consideration should be made as to whether it makes sense practically, as well as financially.